What is the Average Age to Ride a Bike Without Stabilisers?

As your child gets more used to riding a bike, it’s likely that you’re already aware that teaching them how to ride a bike helps to develop their motor skills.

Understanding what the average age to ride a bike without stabilisers is might be challenging for you as a parent, but it’s also important to realize that there isn’t any set age, and there isn’t a rush.

The truth is that your child’s training wheels should come off only if and when you are both confident. Here’s some helpful information to guide you when determining what that age is.

Quick Navigation
Parental and Child Influences
The Age of Your Child
Ages Three and Four
Ages Four and Five
Ages Six Through Twelve
Teaching Guide
Do Only Toddlers Need Stabilisers to Learn Bike Riding?
How do You Attach Stabilizers to Your Child Bike?
Where do You Get Stabilisers for Kid Bikes?
Are Stabilisers Good?
FINAL VERDICT

No matter what it is in life, most things that you do get influenced by something or someone. Factors such as motor skill development, muscle growth, coordination, and developmental skills help to influence you as a parent to teach your child how to ride a bike on their own.

When it comes to children, their influences are slightly different. Depending on their age, there’s a solid chance that they aren’t thinking about things such as motor skills and muscle growth. However, they could easily be influenced by other neighborhood children who are riding their bikes without stabilisers.

That being said, a report was conducted, and it did show that injuries were higher in children who removed their training wheels at an earlier age. Injuries appeared less in kids between the ages of six, seven, and above.

Here are some other factors that might negatively or positively influence your child to ride without stabilisers: 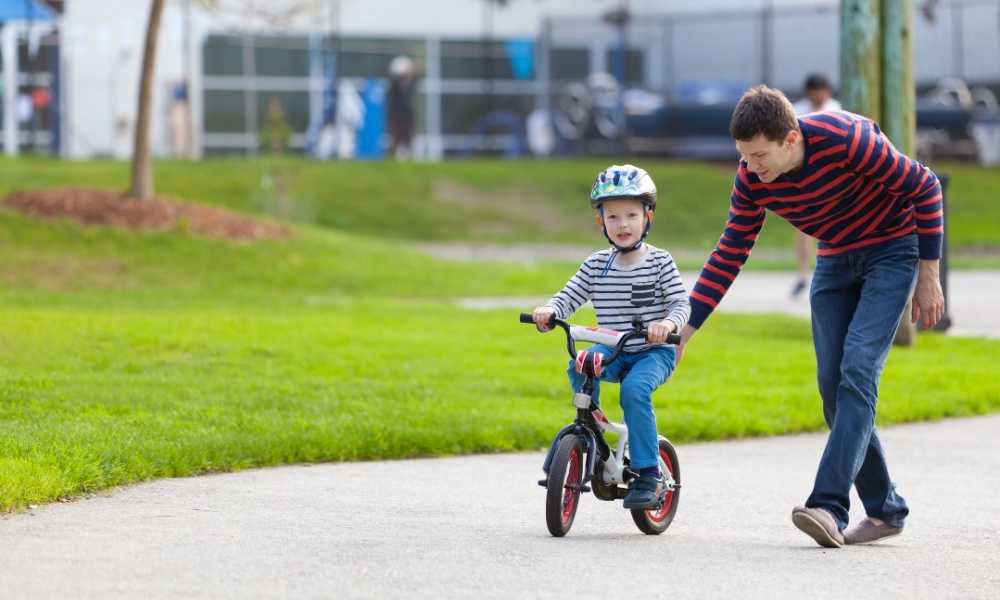 The Age of Your Child

Regardless of your child’s age, balance and coordination are needed to ride a bicycle; even more so when stabilisers aren’t there to provide additional support. Certain physical factors should get taken into consideration when thinking about removing the stabilisers from your little one’s bike.

Here is a more detailed look at how certain age groups fit with stabilisers:

Typically, three- and four-year-olds are just developing their motor skills and learning about balance and different movements with their legs and feet. Hence, they are more suited to riding three-wheeled vehicles.

Then again, there are instances when coordination and muscle control are developed enough to allow them to ride smaller bikes with training wheels. This develops their skill and helps to rid your kid of their training wheels sooner rather than later.

Once children hit their fourth or fifth year, they become more interested in what other children are doing and can get easily influenced when they see a neighborhood kid riding a bike without stabilisers. By this time, the majority of five-year-olds have developed the balance to operate a bicycle without stabilisers.

However, there’s a good chance they don’t understand the danger that comes with it yet. According to studies, children in that age bracket are at a much higher risk of injuring themselves while riding a bike without training wheels. Although, that can be avoided with proper supervision and assistance from an adult.

Six is the overall average age to ride a bike without stabilisers because they’ve mastered the art of it, and have learned how to avoid dangers with the help of their parents. Six-year-olds have also developed enough strength in their hands to make use of handlebar brakes accurately.

Any children through age nine up to age 12 typically have enough experience to control multispeed and multi-gear bikes. However, these children are at a higher risk to try dangerous moves such as speeding, stunts, and riding in traffic. 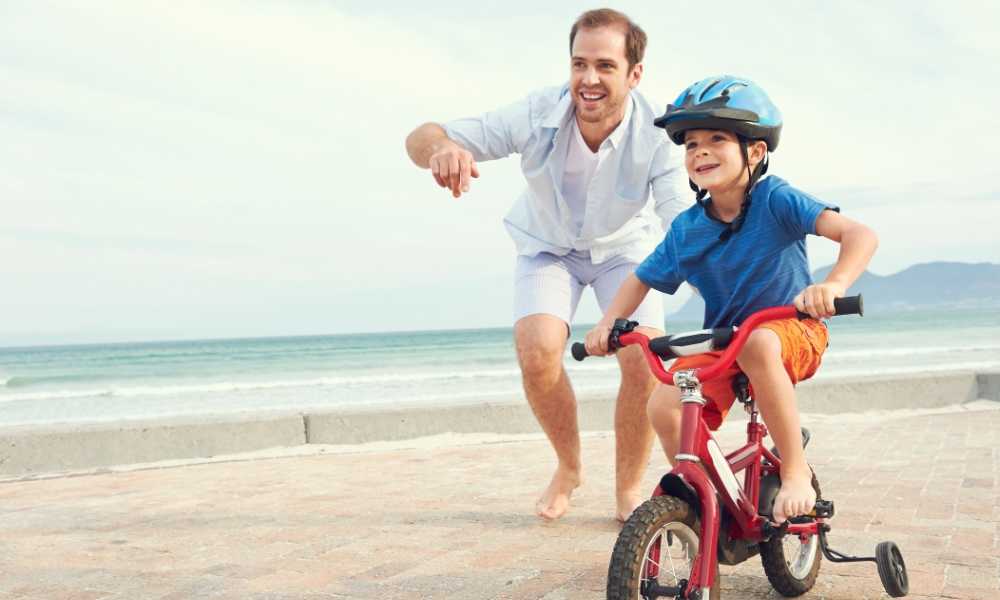 Everyone is going to have their own methods of teaching their child how to ride without stabilisers. We were able to include an incredibly useful and informative YouTube video that provides all essential information that you’d need to teach your little one how to ride without training wheels.

If it’s something that you’ve never done before, the video is for you just as much as it is for your kid. Ensure that you make use of the resources that are available to you.

Do Only Toddlers Need Stabilisers to Learn Bike Riding?

No, toddlers and kids are not the people who use stabilizers to learn bike riding. Bike riding is a skill that everyone wants to learn but they cannot do it easily. Here tricycle is not the solution from every aspect. Kids can use tricycles but bigger boys cannot. A stabilizer is a common solution here and we will talk about it here.

How do You Attach Stabilizers to Your Child Bike?

Stabilizers are easy to set up and you can do it in both small and bigger cycles. You can attach to a bike with some basic hand tools without being an expert. It helps everyone to learn about bicycles, so we need not be tense at all. We can use stabilizers and be hassle-free in learning bike riding.

Where do You Get Stabilisers for Kid Bikes?

When you are getting a new bike from the store, you can tell them to add a stabilizer to it. Then you can get it from there. If you are buying it online, then you can also order it online, so you need not worry at all. Of course, some bikes come with stabilizers by the manufacturers, confirm it, before making a purchase. If the manufacturers or sellers do not offer stabilizers with the bike packages, you may have to pay extra for the training wheels.

There are some bad impacts of using stabilizers with bikes too. We also need to learn that. You cannot cruise with stabilizers, it may cause an accident and you can suddenly fall down with it. On the other hand, after learning to ride, these stabilizers will cause you uncomfortable position while turning. So, we need to use stabilizers when we need them.

In the end, the most important thing that you can remember is to never push your child into riding their bike without stabilisers. When they are ready, the enthusiasm is going to be there.

Ensure that you let them know that they are safe and protected every step of the way, and let them get involved in the process of teaching. Who knows? You could have an Olympic biker on your hands one day.

Kid Falling Off Bike: Quick Techniques to Handle It

I will immediately clutch your rss feed as I can not to find your e-mail subscription link or newsletter service.
Do you’ve any? Kindly allow me realize so that I may subscribe.
Thanks. I enjoy what you guys tend to be up too.
Such clever work and reporting! Keep up the fantastic works guys I’ve added you guys to our blogroll.
Hi there, I check your new stuff on a regular basis.
Your writing style is witty, keep doing what you’re doing!

Hi Amy,
Thank you for your interest. Unfortunately, we don’t have the email subscription services right now. We will start it soon and let you know. We have recently published an ebook for you, get it from this link https://drive.google.com/file/d/1A1sh5A8eVXfcPzrJMq-leLAoXRMM3eKa/view?usp=sharing

Great blog thank you very much!

Wow, that’s what I was looking for, what a data!

You are most welcome!

This is my first time visit at here and i am truly happy to read everthing at
single place.